Learning about ancient history is fun! I think we can all agree about that, but taking in something new is always easier if there is something visual to help you remember. So here are some helpful visual charts that might help you make sense of those topics that are a less interesting or easy to navigate!

There are so many vases from antiquity that survive to this day. While this is a good thing, as the vases are provide a wealth of information on the economy and daily life in Greece, as well as vase production, technique and styles; there are so many different vase types each with their own function, that it can be good to have an overview of these different types.

When you think about Greek religion, one of the first things that come to mind, are the countless Greek temples where the gods where worshiped. These sacred places held important places in the community and their architectural designs have been well thought out. However, there are so many different types, an overview might be very helpful. 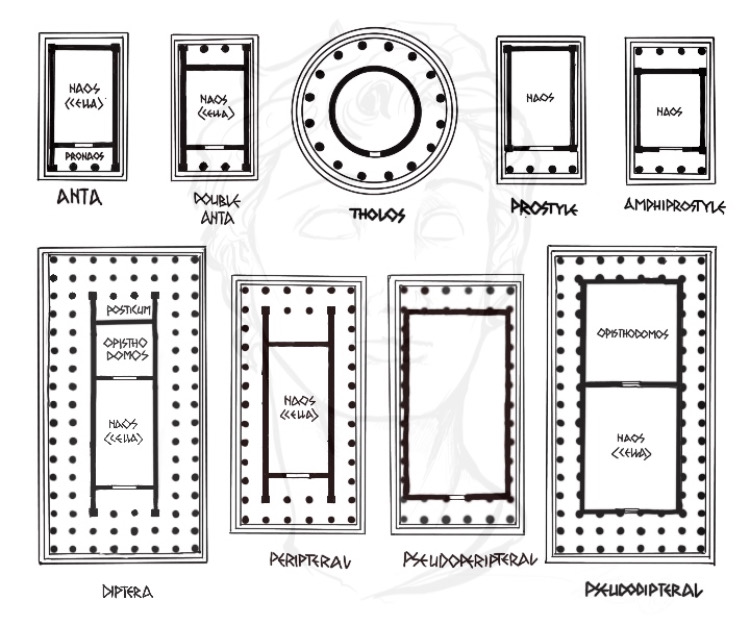 The columns of a Greek building were divided into three types.  The oldest was the Doric column, being 6 or 7 times as high as the diameter of the column base, with a simple capital carrying the architrave and a frieze of metopes and triglyphs. Soon the Ionic order was developed: Ionic columns tend to be much slender and refined than their Doric counterparts, creating an association with the female element. The use of volutes in the Ionian capital is one of the key characteristics of the Ionic order. The columns itself are fluted – most columns count 24 flutes – and rest on a simple base connecting the column to the stylobate. Resting on the columns is the entablature: a plain architrave divided into two bands with a frieze resting on it, and a cornice to support the projecting roof. Lastly, there is the Corinthian order. This is by far the most ornate and delicate of the three. It was also the last order to be developed and was widely used by the Greeks and especially the Romans. It derived its name from the city of Corinth and yet it was invented by an Athenian sculptor Calimachus, known for his uses of acanthus leaves. A Corinthian column is thin an fluted and a very decorative capital with design of scrolls and unfurled acanthus leaves, before ending in a simple base. 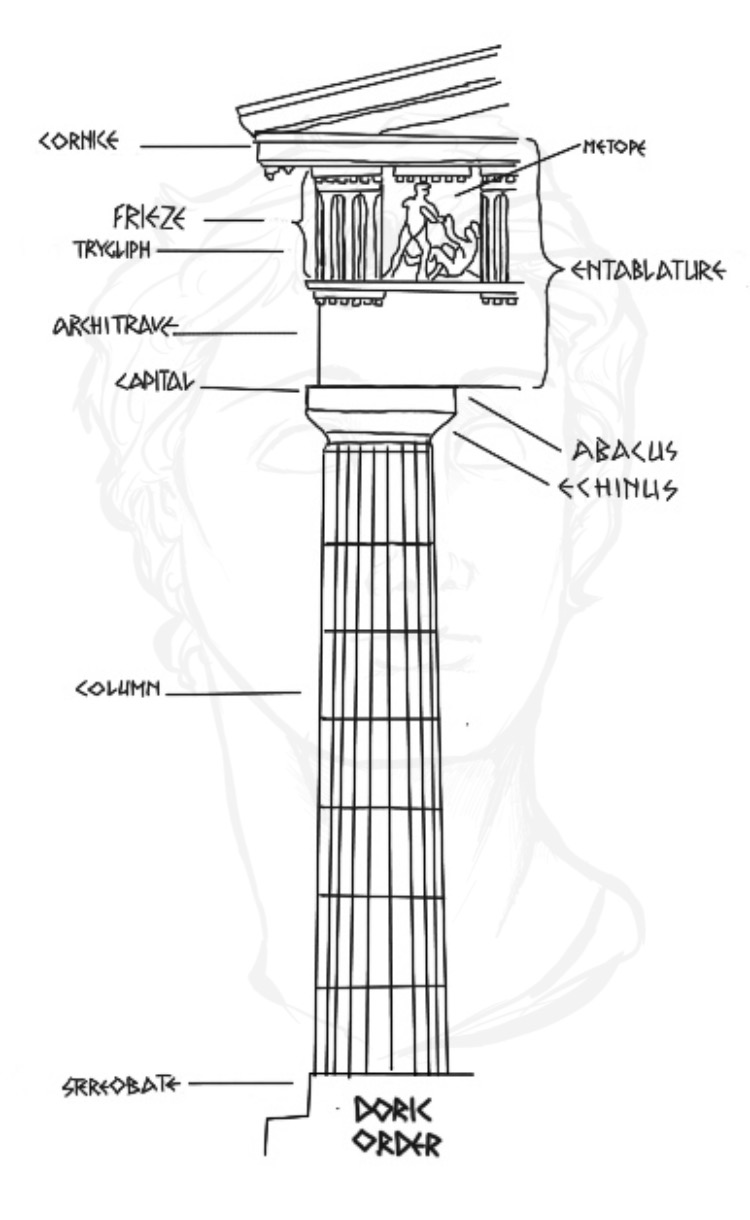 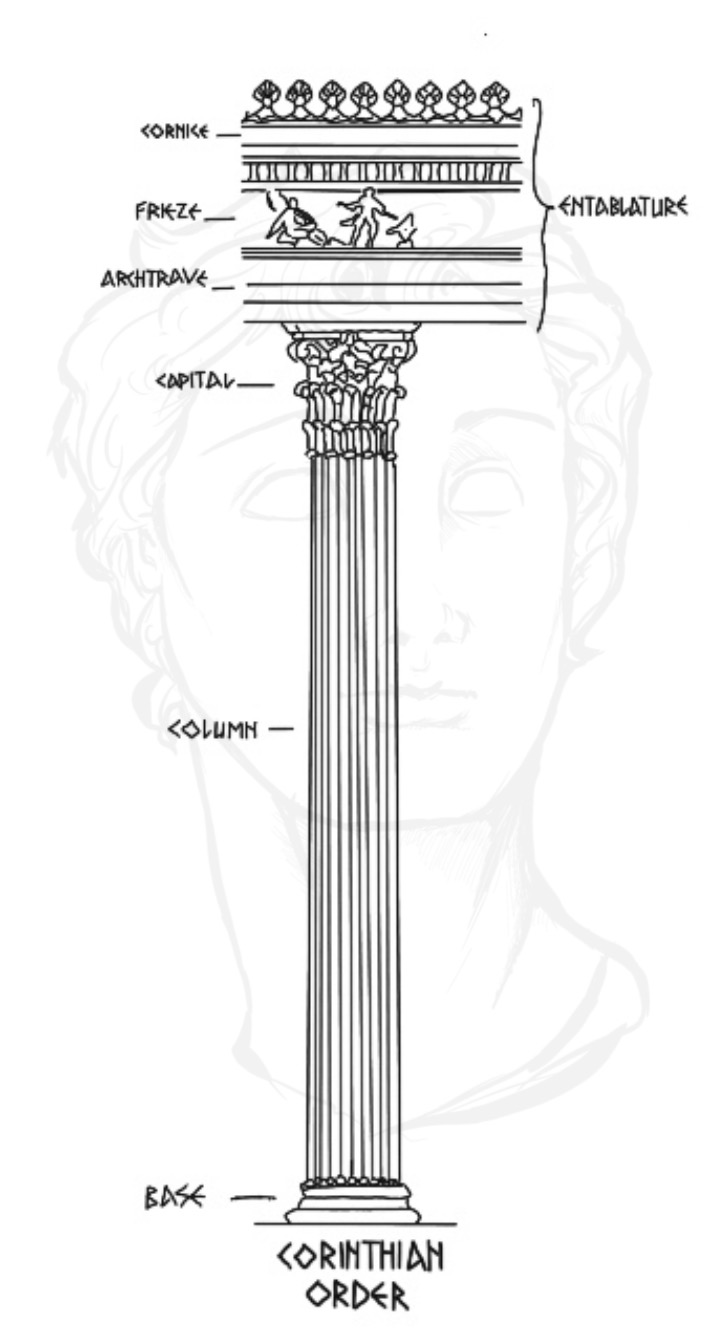