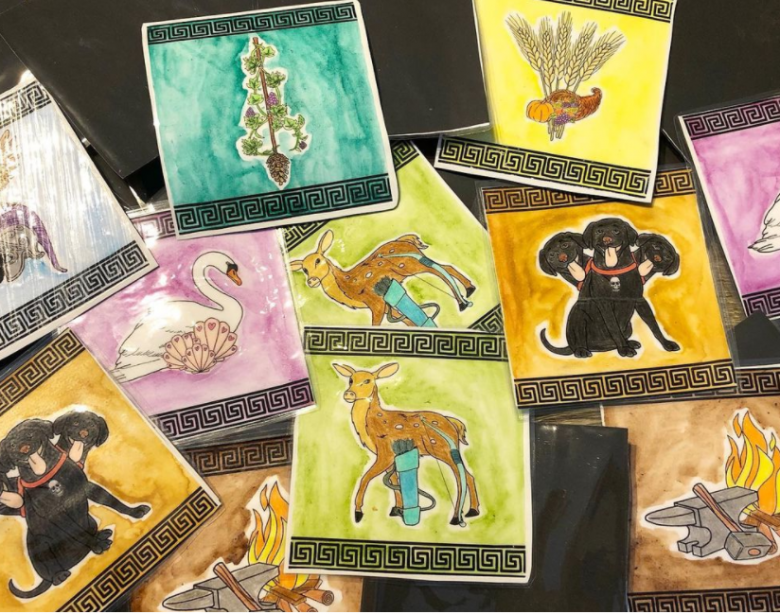 As some of you may know who come to this website or follow us on Instagram, I like creating little games and quizzes based on ancient history. On this section of the website you can find several quizzes qnd games that you can play and which may enhance your knowledge of Ancient Greek history and culture. Enjoy!

Today, studying history is about more than just sprouting out historical facts and dates. It encourages critical thinking, researching, using primary and secondary source material to create your own historical framework. Sometimes, it can be fun to leave that attitude behind and just test your knowledge of historical facts, figures and dates. You can now do exactly that by taking one of our quizzes below.

Greek religion played central role the daily lives of the Greeks. For the Greeks, the gods and their myths told the origins of cities, explained the changing of the seasons and played a central role in the old stories of yore. But there are so many Greek gods and goddesses, not to mention the demi-gods, heroes and other mythological creatures. So where do you begin? Learn more about the twelve most popular Greek gods and goddesses via a fun memory game. They are even black and white so you can colour them in yourself!

Would you rather: ancient history edition

‘Would you rather’ questions are a great way of breaking the ice when meeting new people. They can also provide you with plenty of interesting discussions as it is easy to ask people why they make a certain choice. It can be a fun way of introducing a new topic when you are teaching as it forces students to create a link between their own world and that of the topic which they are discussing. Therefore, I have created a list of ‘would you rather’ questions (with the help of some Instagram friends) that can be used to start a lesson in a light and fun way. Or you can just use to have a fun evening with friends and family.

In the fifth century bc the Greeks were more divided than they had ever been before. The unity they had once shown against the Persians during the Persian Wars was completely gone by the 430s. Athens as the bigges victor of the war had misused its position as the leader of the Delian League. Growing tensions with Sparta as well as discontent among the members of the Delian League Sparked a conflict in 431 BC after Corinth, a Spartan ally, had engaged the Athenian army. Spartan and its allies fought Athens and its allies until 403 BC, the fighting was only broken once by a six year truce, often known as the Peace of Nicias. In the end, Athens was weakened by the continued warfare and was defeated by the Spartan general Lysander.

The Peloponnesian Wars is an important part of Greek history. But it is a complex and sometimes confusing bit of Greek history to teach, especially to younger students. In order to make this war a bit more interactive, I have developed a little game you can play in class or with a group of friends. Based on the classic game maffia, the game Kataskopoi is set during the Peace of Nicias.