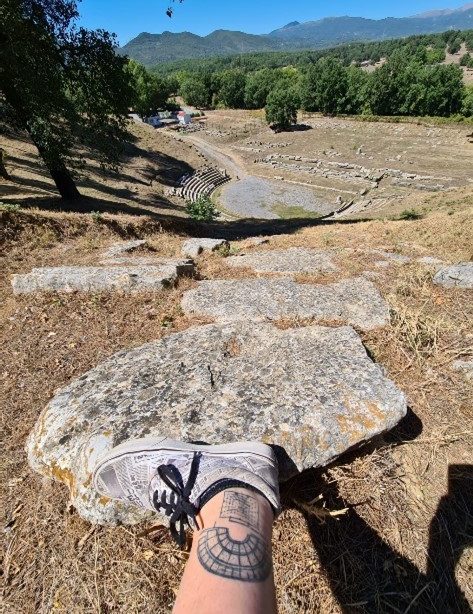 In the first part of this series, we have already been introduced to the northern part of the Peloponnese, the peninsula in the south of mainland Greece. Today we continue our journey along the mountains of Arcadia to the wild nature of the Mani region. Starting we do so in a region that is often skipped by tourists, but has a very special place in my heart because it was the subject of my thesis: Arkadia. 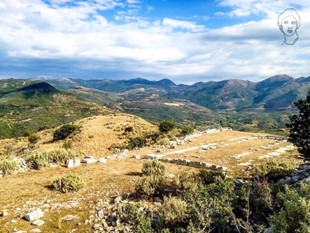 To continue our journey from Nafplio to the ruins of Sparta, we have to drive south through the immensely beautiful region in the central Peloponnese. What follows is a drive through an endless series of mountains and immediately a good stopping point for those who like to get out and about. The fact that remnants of Greek cities can also be spotted here and there in these mountains makes this region a dream combination for the more active historian who is not averse to stepping off the beaten track. 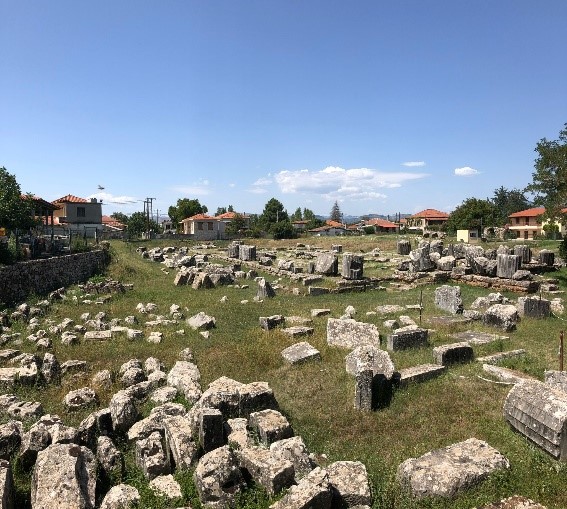 This landscape has hardly changed in the last two thousand years, and already in ancient times the region was known for its high mountains, which on the one hand made contacts between the various Arkadian city-states difficult but on the other enabled them to actively resist the threat of Sparta. Since the power of the Spartans certainly posed a great threat to the Greeks living near the city, the Arkadian poleis, such as ancient Tegea, decided to unite in the Arkadian Koinon. This was a loose organisation or federation in which the members decided to unite in certain areas: they had a standing army and its members, the myrioi met several times a year in Megalopolis, a city that the members of the Koinon founded together around 370 BC. During the fourth century BC, the Koinon disintegrated and the poleis of Arkadia, outside Megalopolis, became less and less important in general Greek history. 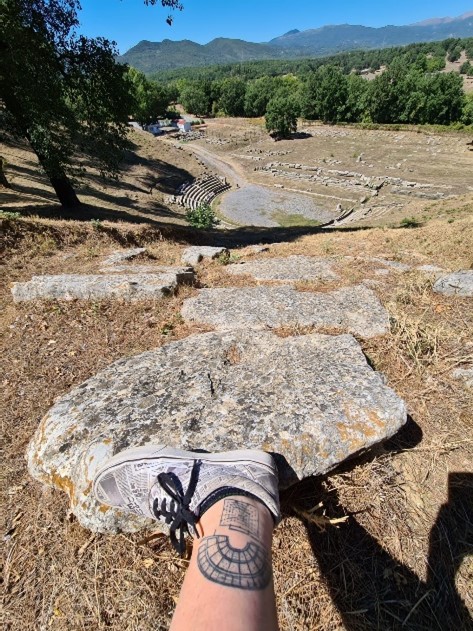 Today, traces of both Tegea and Megalopolis can still be found. Although today Tegea is little more than a village, it does have an impressive and state-of-the-art museum that gives a very good overview of the region’s history. You can also see the remains of the sanctuary of Athena Alea, one of the most important temples to the goddess in Greece. In this Doric temple, people in ancient times could ask for asylum and save themselves from dire situations by seeking refuge in the temple.

Megalopolis is home to the largest theater in the Peloponnese, larger than the famous one at Epidauros, with seats for some 21,000 spectators. As we have already learnt, this city was founded by the other Arkadians around 370 B.C. as the ultimate anti-Spartan stronghold and continued to play a major role in the affairs of the peninsula until it became part of the Roman empire after 146 B.C. Besides the theater and the Thersilion, a building with a very interesting layout whose exact function we do not know, a very long stoa dedicated to Philip II of Macedonia, a temple to Zeus and a whole series of public buildings have also been found.

From Megaolopolis, we move on to the Taygetus Mountains, which brings us to the region around one of Greece’s most famous cities, Sparta. Of course, any road trip around the Peloponnese is not complete without a small stop in the city, and today you can still see some remnants of the once glorious Greek city with a stunning view of the surrounding mountain ranges, just outside the centre of modern Sparta. In Sparta today, you can still find traces of a 5th-century BCE Greek theatre near the ancient Agora from the 4th or 3rd century BCE. The site was probably also still in use in the Byzantine period as traces of Byzantine houses have been found. There is also the Archaic Stoa and the so-called ’round’ building. This building was essentially built around a low natural hill and what probably dates from the 7th or 6th century BC. Again, the exact function of the structure is not known, but suggestions were Epimenides’ circular building with statues of Zeus and Aphrodite Olympia or the Skias, a building for public and musical performances. In addition, Sparta is also home to several sanctuaries such as the one for Athena Chalkioikos and the temple to Artemis Ourania, but you can read more about these in a forthcoming guest post! 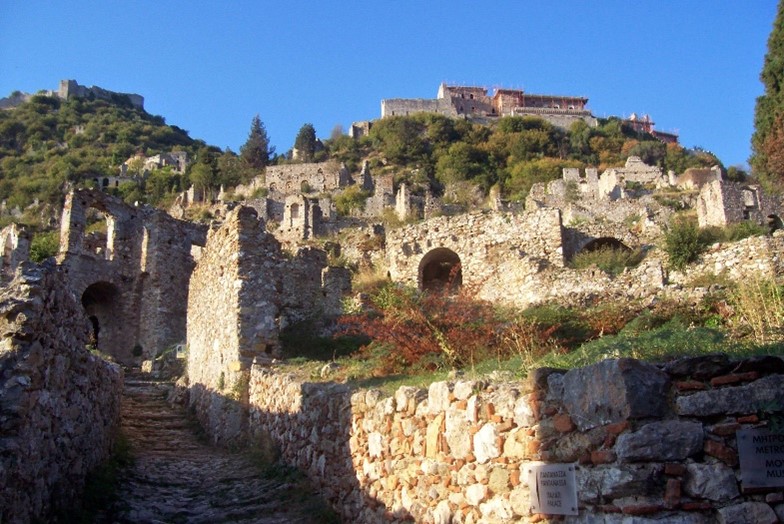 Just outside the city of Sparta, you can find the Byzantine city of Mystras. After the fourth crusade, the Peloponnese was occupied by the Franks, who built a castle on Mount Mizithras in 1249. From 1262, Mystras became an important settlement for the Byzantines, who had taken control of the peninsula. Throughout time, the city flourished and more and more people settled in the mountains. From 1348, Mystras became the capital of the Despotate of Morea, an independent principality in where the despot appointed by the Byzantine emperor was the supreme ruler. Even when Mystras fell to the Ottomans in 1460, the city continued to grow in stature and was an important trading centre of the Mediterranean. From the 17th century, the city came under varying control of the Ottomans and Venetians, and in 1770 the city was destroyed by Albanian Muslims after which most of the inhabitants left.

Mystras has  many noteworthy sights and has been showing off on the Unesco World Heritage List for years. Besides the impressive churches like the Agia Sofia with their beautiful Byzantine mosaics, the view from castle inside the Acropolis is definitely worth climbing up the mountain. Another important building from the Byzantine period is the Pantanassa, a monastery founded in 1428 and the only building in Mystras that is still inhabited. Today, the oldest church in Mystras, dedicated to Agios Dimitrios, houses the Museum of Mystras with a comprehensive overview of the city’s history. 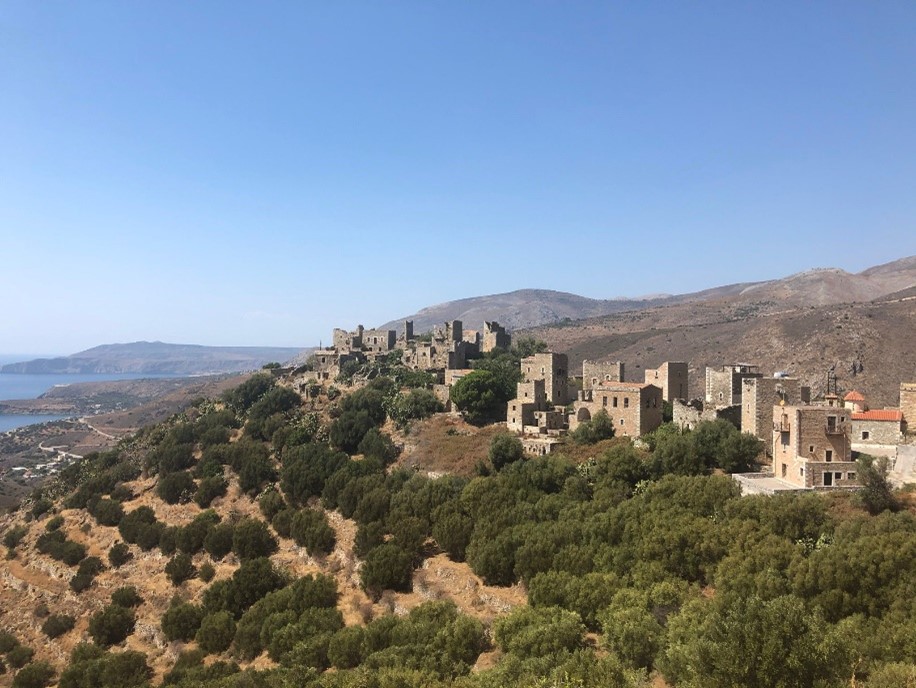 We end this part of our trip in the slightly more rugged region in the very south of the Peloponnese, the Mani Peninsula. Although the mountains in Arkadia already seem high and endless, it is nothing compared to the landscape that stretches across the middle of the three peninsulas. The region’s capital is Aeropoli, the city of Ares, and is also the ideal base to explore the other villages, many of which could only be reached by boat well into the 20th century. Despite the harsh climate, traces of habitation have been found here since prehistoric times, and the Greek writer Homer mentions some of the towns in his works. Throughout the occupation of the Byzantines, Ottomans and Venetians, the inhabitants of Mani were given a fairly autonomous status – in exchange for an annual contribution – and resisted foreign occupiers and as such it is not surprising that one of the leaders of Greek independence came from this region. Besides its wild nature, the peninsula also has its typical architecture, the so-called tower-like houses that resemble defensive fortresses. Famous examples are the villages of Vathia and Gerolimenas but also the numerous remains of the dilapidated villages abandoned by the inhabitants during the 19th and 20th centuries. However, should you still be looking for some refreshment, the beautiful beaches of the Mediterranean are not far away. 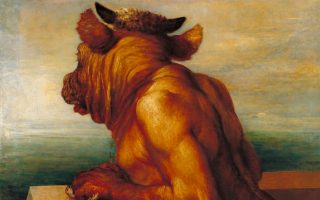 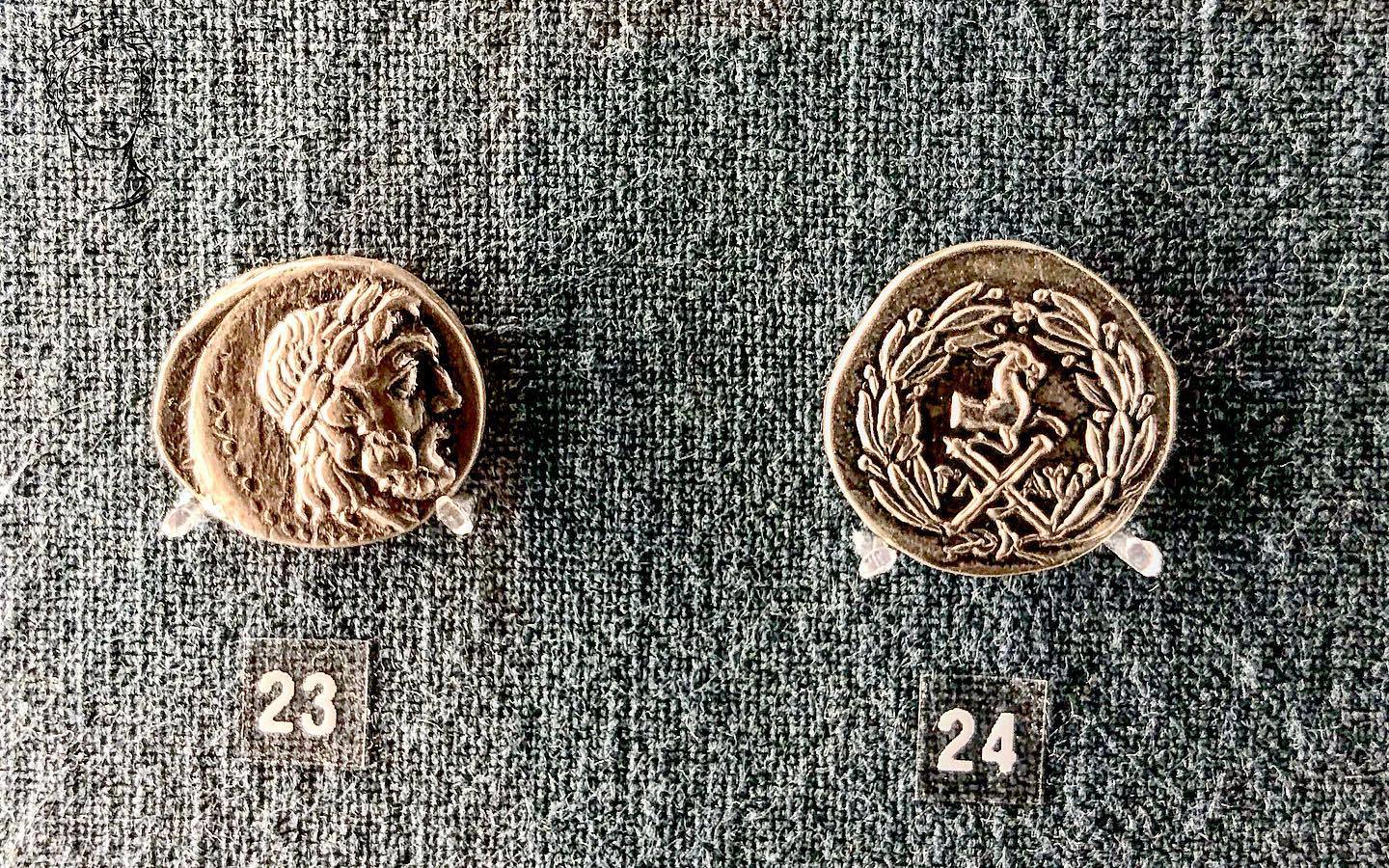 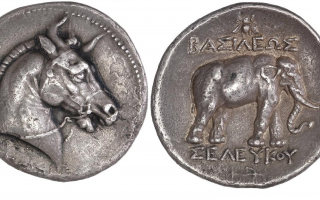