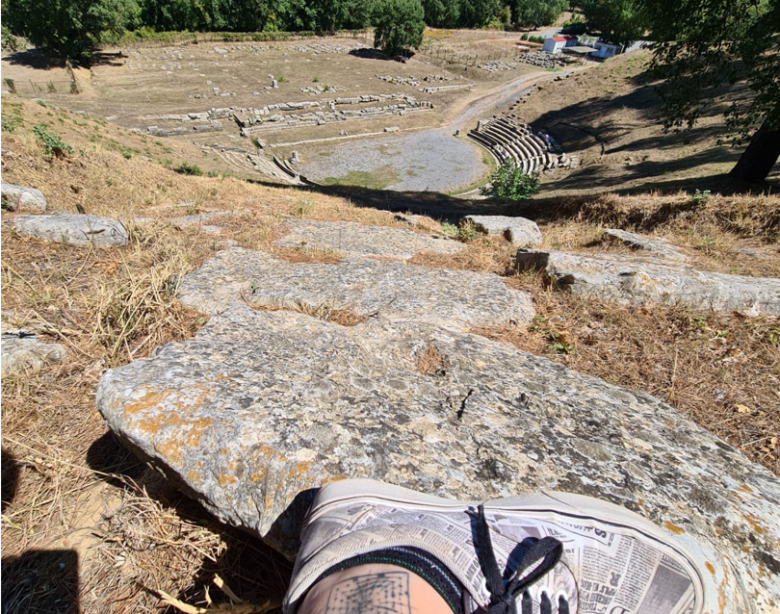 In part two of the Hellenistic Cities series, we are looking at the youngest polis of the Greek Mainland: the Arcadian city of Megalopolis. The archaeological site of Megalopolis lies in the heart of the Arcadian region in Greece and is about a 45 minute drive from modern day Sparta. Not many of the buildings from the ancient city remain, but you can still see the columns of the Philippeion, remnants of a temple for Zeus and sit on the remaining seats at the largest theatre in the Peloponnese. But what history lies behind these ruins? 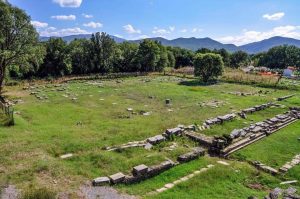 Megalopolis was founded by the Arkadian koinon (or league) in 368 BC through a synoicism of many different communities that now found themselves forced to live in the polis and which needed to come together as one city. It has often been said that the city had been founded as the capital for the Arkadian league, but this theory seems highly unlikely. The main reason for the city’s foundation was actually the Arkadian need to protect the southern part of the region against the looming threat of Sparta and its frequent invasions of the border areas. As a result, the Megalopolitan identity was characterized throughout its history by a strong antagonism towards Sparta which was only fueled by its close geographical proximity to Sparta. The countless attacks on the city by the Lacedaemonians – one of which was so severe in 227 BC that it took several years to rebuild the polis –  can still be detected in the archaeological remains.  Due to its size, it was easy for the city to become an influential member of the Arkadian koinon to which it contributed ten of the fifty federal damiorgoi (IG V 2.1, l. 23-33). 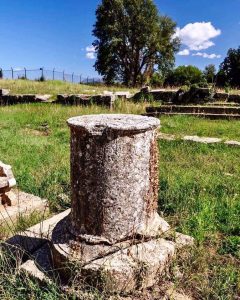 After the dissolution of the Arkadian federation in 363 BC, the city remained politically active in its native region and the Peloponnese. In fact, the polis’ decade-long alliance with the Macedonian kings was formed in the period after Philip II of Macedon gave several Spartan regions to Megalopolis soon after the battle of Chaeronea in 338 BC. The Megalopolitan loyalty to Macedon is a second characteristic of the city’s local identity that had a far-reaching influence on Megalopolitan politics. For one, it was strong enough for the citizens to dedicate one of the biggest buildings on their agora, a monumental stoa of ca. 160 meters, to Philip II.  Moreover, it allowed the polis’ two only tyrants to come to power in the 270s and 250s BC: Aristodamos the Good and Lydiadas.

While only a handful of literary sources talk about the two tyrants, one of them played a crucial part in the history of Megalopolis. By 235 BC, the Achaians had become a genuine threat to Megalopolis, so both Lydiades and the citizens most likely thought that joining the Achaian koinon was a good course of action. This decision proved beneficial, as the polis quickly rose to a prominent position within the federation. In many ways, Megalopolis was a typical member of the Achaian koinon: it minted federal coinage, was represented in the federal institutions, hosted assembly meetings after 188 BC and a considerable number of influential Achaian statesmen were Megalopolitan.

The way in which Megalopolis influenced the Achaian foreign politics can be detected throughout the polis’ federal membership. In the 220s BC, Megalopolis as a city was responsible for the first connections between the Achaians and the Macedonian king Antigonos during the Kleomenean War. However, after the Achaian synodos of 198 BC, the koinon abandoned their alliance with Philip V of Macedon in favour of Rome, and the nature of the Megalopolitan influence shifted from the civic level to the individual one as a result of the rise of important individuals from Megalopolis within Achaian federal politics, including Philopoimen and Lykortas. The polis remained a member of the Achaian koinon until its destruction by the Romans in 146 BC and was inhabited well into the Roman period. However, when Pausanias visited the city in the second century AD, a lot of the buildings and sanctuaries had fallen into ruin (Paus. 8. 30-32).

Close, E., (2018) Megalopolis and the Achaian koinon: local identity and the federal state, PhD Thesis, The University of Edinburgh.

Mackil, E. (2013), Creating a Common Polity: Religion, Economy and Politics in the Making of the Greek Koinon, Berkeley. 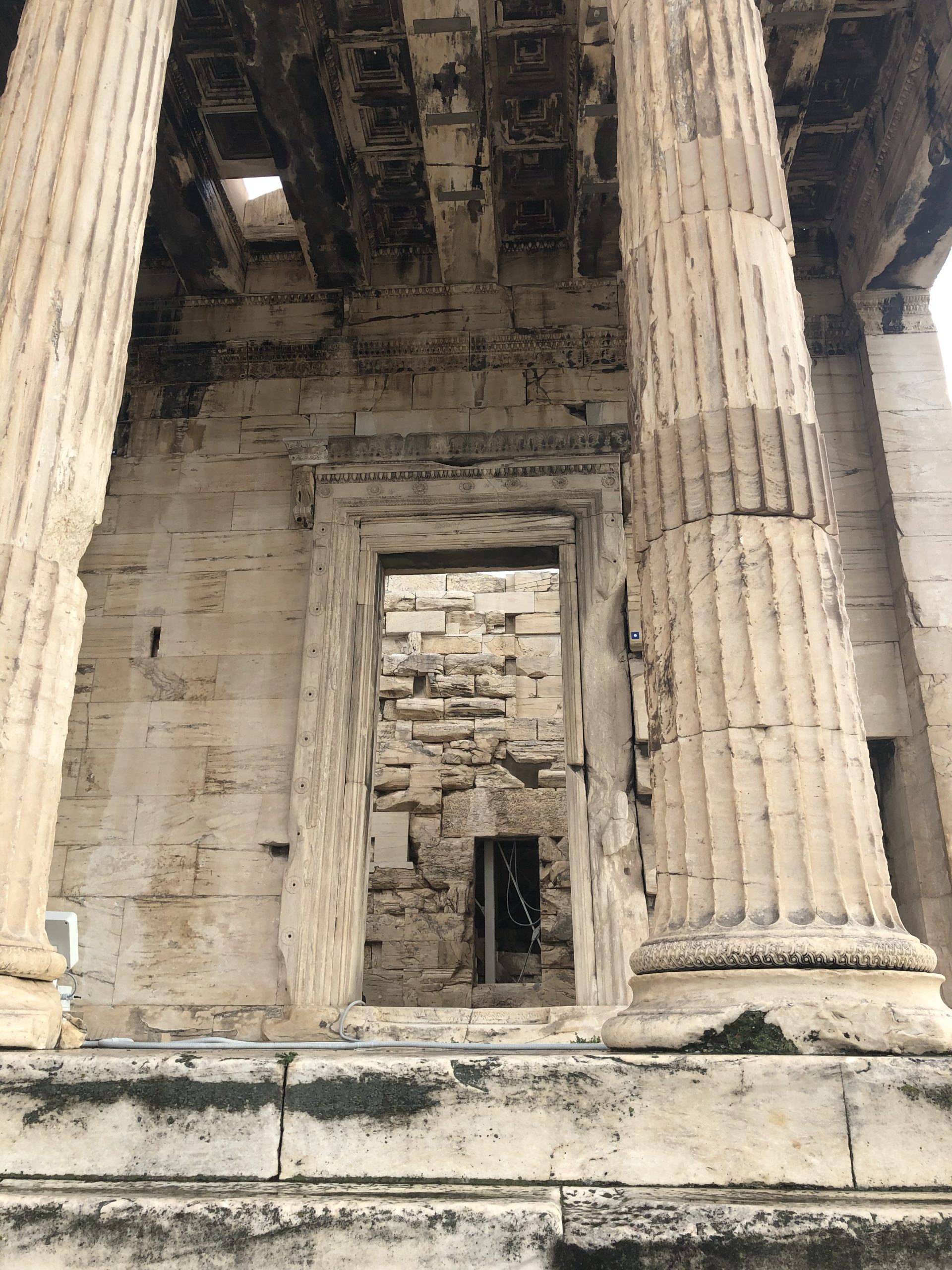 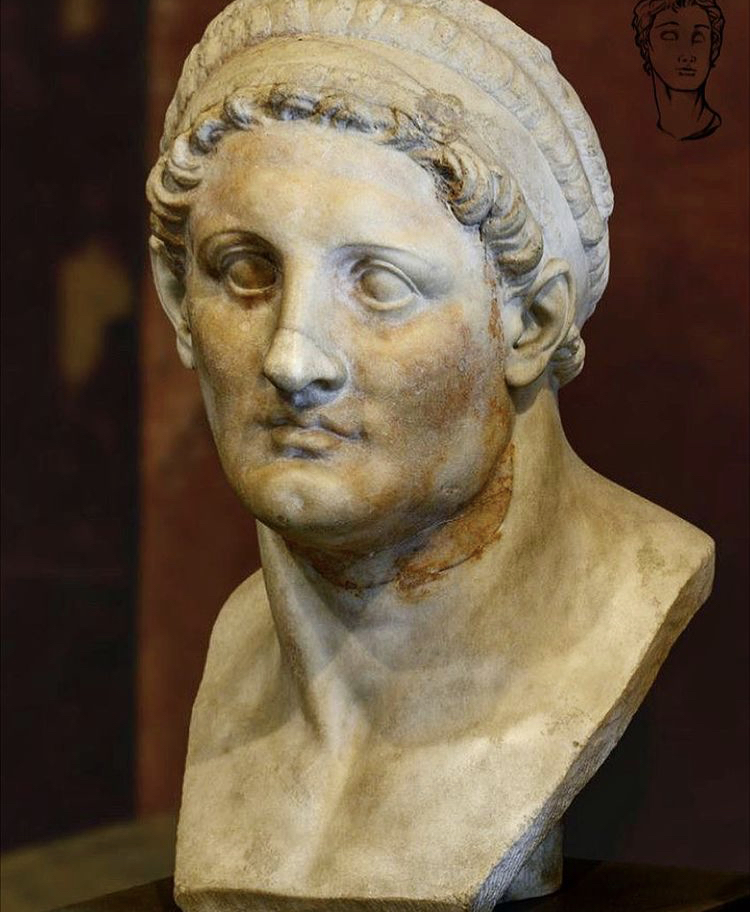 The Belvedere Apollo, this statue was part of the

Cycladic figurine in the Archaeological Museum of

Alexander the Great is often seen as the most impo

This statue of a woman offering a hare comes from